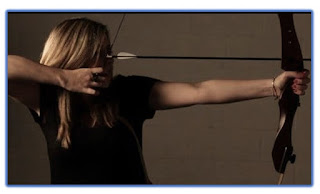 “Let us not become weary in doing good, for at the proper time we will reap a harvest if we do not give up.” (Paul to the Christians in Galatia, emphasis mine, Galatians 6:9).  This verse is placed in the context of doing good and supporting one another. The word Paul uses for ‘weary’ is fascinating, it can be rendered, fainthearted. Yet it also means, ‘to loosen, or slack’. Conveying the image of one taking a stance, holding a warrior’s bow. The arrow is positioned and aimed. The bow is pulled back tight. The warrior is alert and ready. Then.  She ‘slackens’ the pull, (becomes weary). The arrow will no longer be catapulted, propelled forward. With her bow slackened, she is left vulnerable, fainthearted.  Paul shares - don’t lose heart! Don’t reduce your courage. Don’t loosen your pull!  Keep on going, do good, “at just the right time we will reap a harvest of blessing if we don’t give up.” (NLT). If we’re tired, growing weary and ready to loosen the slack in our bow. DO NOT! Because, dear sister, there is GOOD God stuff on the other end. In the context of community, our stance, our holding tight - it’s not for us alone. 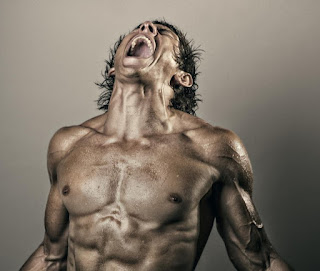 Word of the Day: STRENGTH! "Hear, O Israel: The LORD our God, the LORD is one. Love the LORD your God with all your heart and with all your soul and with all your strength." (Deut. 6:4,5). The word in Hebrew for strength or might is 'meod.' (pronounced, 'meh-ode'). One scholar defines it as loving God with 'muchness!' We are to put forth EXCEEDINGLY great effort into loving God 'very very much.' Where do we stop in our loving God? Do we slow down when it begins to be uncomfortable or inconvenient or unpopular? Loving God pass the stuff, further still, giving ALL we have! Strength. 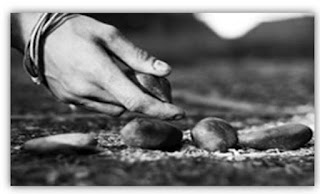 "Then he (young David) took his staff in his hand and chose five smooth stones from the brook and put them in his shepherd’s pouch. His sling was in his hand, and he approached the Philistine." (1 Samuel 17:40). David chose 5 specific stones; it wasn’t a quick bend and grab; it was a deliberate-purposeful choosing. And why five stones? Did he think it would take that many to drop Goliath? Some scholars believe Goliath may have had brothers, notably 4 brothers (see 2 Samuel 21 & 1 Chron. 20:5). That is why David took 5 stones, one for Goliath (and understanding brothers) 4 more in case the brothers broke the enemy line. Always good to have a plan – a battle plan. Paul wrote, "Put on all of God’s armor so that you will be able to stand firm against all strategies of the devil." (Eph 6:11, NLT). Warrior wardrobe (helmet, breastplate, belt, and shoes) and battle hand gear (shield and sword). What are we wearing? What is in our hands? The enemy has a strategy, do we?

The Boy Who Ran 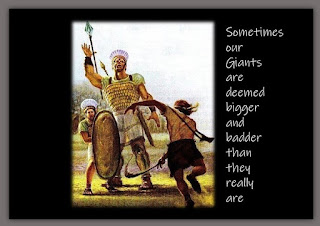 The Giant story: We usually see just the two of them facing off (Goliath & David) yet there was a 3rd person out there. (WAIT! WHAT?) Goliath’s shield-bearer whom Goliath was standing behind (1 Samuel 17:7,41). Not so tough now big guy! When David steps forward to fight, Goliath mocks him about being just a boy and coming at him with a stick. Yet Goliath doesn’t change his stance. He doesn’t drop any weapons. He doesn’t take off any shielding or send the shield-bearer away. This so-called champion was still concerned. And rightly so! That boy who RAN towards him, was the future warrior-king (and killed him and cut off his head). Sometimes our giants are deemed bigger and badder than they really are. In reality, (as we would say) "they’re not all that!" We are to direct our attention to the truth of God and not allow unhealthy thoughts, fears or perceptions to take us captive. The wise words of Paul, "We use our powerful God-tools for smashing warped philosophies, tearing down barriers erected against the truth of God, fitting every loose thought and emotion and impulse into the structure of life shaped by Christ." (paraphrased, 2 Cor. 10:5 - The Message). Smashing and tearing down – the true giant story. 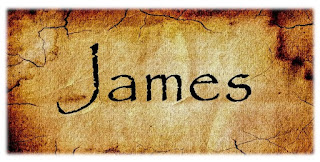 Fascinating! I'm doing an online James study with the gals (since we're in this 'stay home - save lives' mode). The name James is the NT Greek form of the Hebrew name, 'Jacob' - which means 'Supplanter.' As we've learned in Sunday school as 'heel-holder or grabber'.  But there's more! It means, 'one who follows'.  As we're learning about James, (the 1/2 brother of Jesus), he confidently, yet humbly came after - as a servant of his Lord & Savior! Always good to know the author.

The Israelites were instructed to demolish the high places (social shrines dedicated to a god) as they entered the Promised Land. (Nu. 33:52; Deut. 12:2-3). Sometime later... "Now Solomon loved the LORD, walking in the statutes of his father David, EXCEPT he sacrificed and burned incense on the high places." (1 Kings 3:3, emphasis mine). Except. That 'except' eventually lead him astray (along with his love for women). 1 Kings 11, eight chapters later, "Solomon did what was evil in the sight of the LORD, and did not follow the LORD fully, as David his father had done. Then Solomon built a high place for Chemosh the detestable idol of Moab." (vv6-7a).
Except versus fully.
Father help us to see, acknowledge and demolish the except in our life and not walk according to what we deem ok. 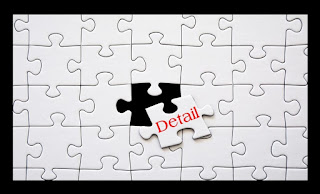 Wait! WHAT? Detail of scripture. Many give Thomas a rough time, singling him out from the other disciples because he wanted to see Jesus’ hands and side. However. We fail to note, that the others had already seen Jesus, “He showed them His hands and side. The disciples were overjoyed when they saw the Lord.” (John 20:20). Thomas wasn’t there. We may not know the whole conversation the disciples had with Thomas. Perhaps, (just an observation) their seeing Jesus’ hands and side, triggered their belief - “We have seen the Lord!” When Jesus appeared again to them (Thomas included this time) He offered His hands and side to Thomas (v27) the others had already seen. Jesus knew, knew the men, each one of them.